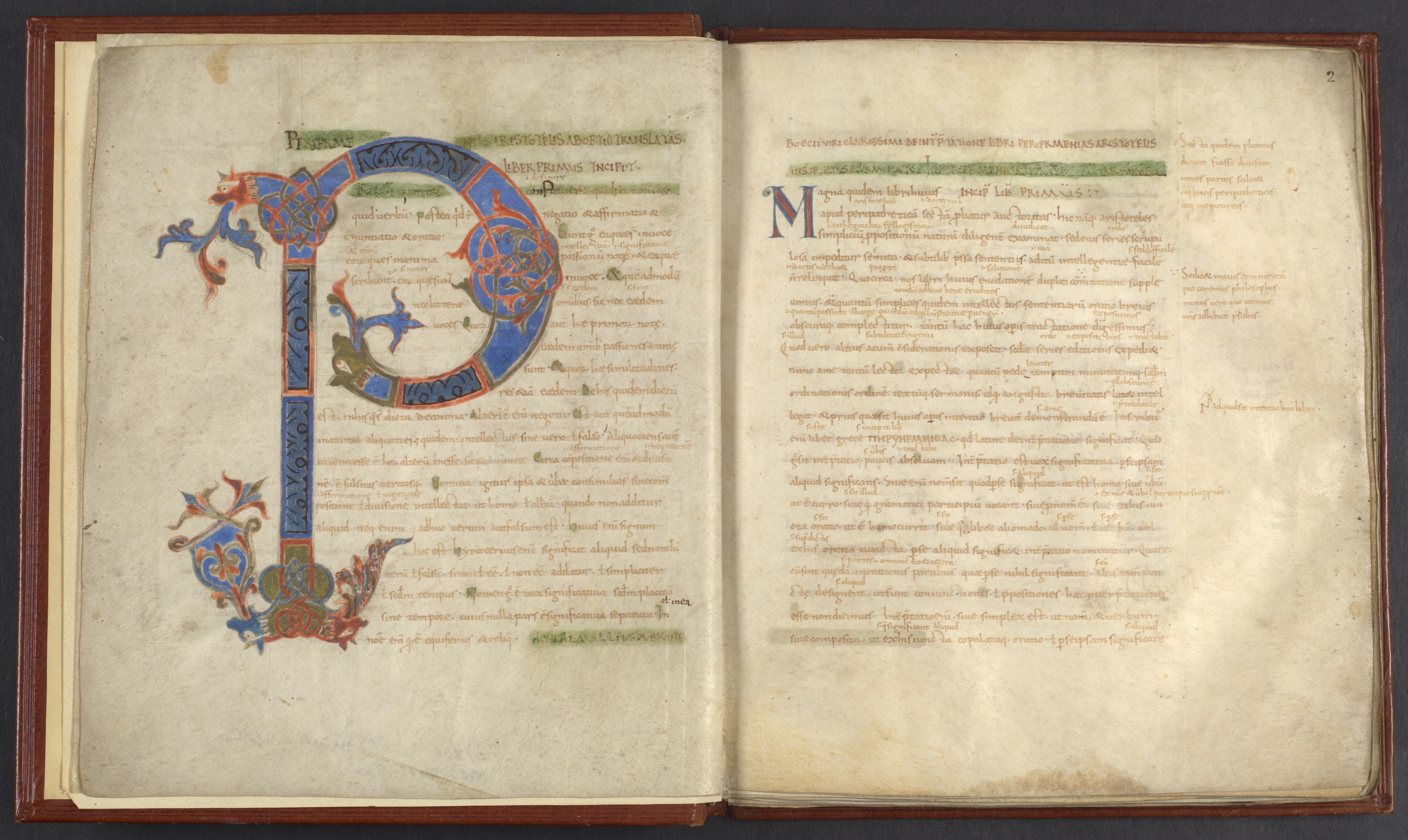 LJS 101 represents a collective enterprise in its making and in its contents. Its texts, script, and decoration show that the manuscript was not only made, but also used within a larger community over an extended period of time. The main text of the manuscript is Boethius’s early sixth century translation of and commentary on Aristotle’s De Interpretatione, also known as the Peri Hermenias, which was central to the study of logic, or dialectic, in the early Middle Ages. The juxtaposition of this text with shorter texts, such as a sample letter and definitions of words, further transforms the manuscript into a useful handbook for studying the subjects of grammar, rhetoric, and dialectic within an educational environment of instructors and students. The making of the manuscript also reflects the work of several individuals. At least two distinct phases of work can be identified, the hands of several scribes can be distinguished, and the diagrams and decoration reflect a variety of sources that may relate to the choices of different artists. In these ways, the texts, script, and decoration show how LJS 101 is the product of community and combined efforts in education and manuscript production.