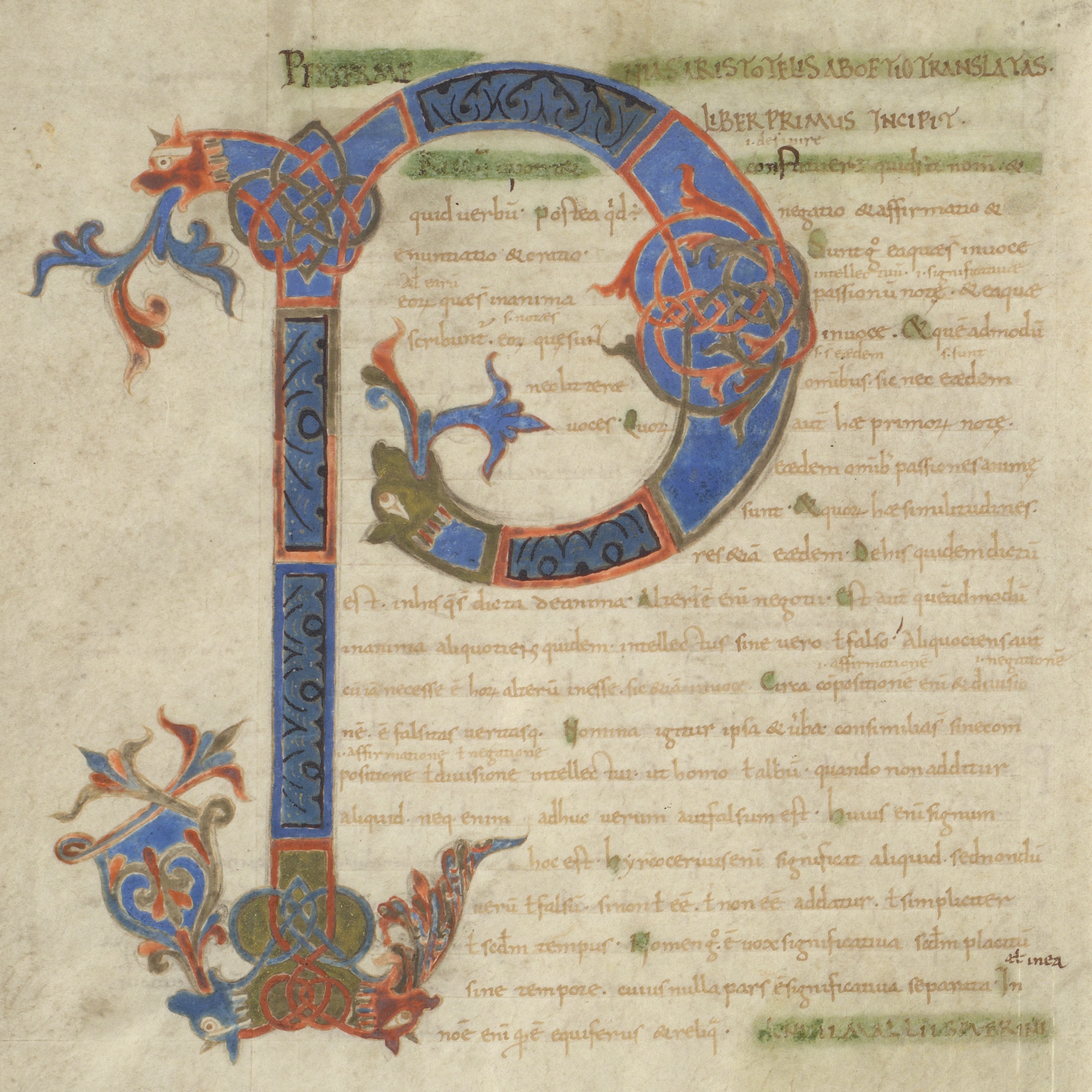 The concept of the liberal arts prevalent in higher education today has its roots in the seven liberal arts (grammar, rhetoric, dialectic, arithmetic, geometry, music, and astronomy) that formed the basis of the medieval system of education. Central to the study of the liberal arts in the middle ages were the works of Boethius (ca. 477-524). This online exhibition “A Liberal Arts Education for the (Middle) Ages: Texts, Translations, and Study,” explores the study of the liberal arts, the texts of Boethius, and the intellectual life of early medieval monasteries through a selection of manuscripts from the collections of the University of Pennsylvania Libraries.

The centerpiece of the exhibition is LJS 101, a remarkable example of a Carolingian monastic textbook. The main text of the manuscript is Boethius’s translation of and commentary on Aristotle’s De Interpretatione, also known as the Peri Hermenias, which was central to the study of logic, or dialectic, in the early middle ages. This text is paired with shorter texts, such as a sample letter and definitions of words, which transforms the manuscript into a useful handbook for studying the first three subjects of the medieval liberal arts – grammar, rhetoric, and dialectic. Several of the items in the exhibition demonstrate the educational context of early medieval monasteries in which LJS 101 was written and studied. Other items illustrate how the subjects of grammar, rhetoric, dialectic, arithmetic, geometry, music, and astronomy were interpreted and studied throughout the middle ages. Together, the manuscripts reflect the rich medieval intellectual tradition of studying the liberal arts.